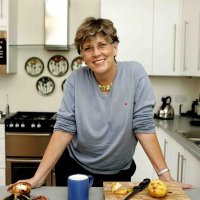 The Bramley Campaign is looking for the ultimate celebration dish that will honour Her Majesty The Queen’s Diamond Jubilee. The winning dish will go on sale to customers exclusively in Sainsbury’s supermarkets in time for the central weekend of Jubilee festivities. The Bramley Diamond Dishes competition will mark the 60 years The Queen has spent on the throne, whilst championing British produce and testing the cookery skills of the great British public.

The Bramley apple is a truly iconic British product originally raised in England and only commercially grown in Britain. The Queen even has an orchard on her Sandringham Estate. The Bramley is unrivalled as the best apple for cooking, due to its unique ability to retain its strong, tangy taste during cooking and to develop a wonderfully light, moist texture. The Diamond Jubilee is the perfect opportunity to use this quintessentially British ingredient to create a dish fit for The Queen and to mark this historic occasion.

The Bramley Campaign is asking cooks to ‘think celebration’ when creating their regal recipe. Dishes can be savoury or sweet but Bramley apples must play a starring role. Using other British produce is also encouraged. Entrants have from now until midnight on 16 January 2012 to upload their recipes onto the Bramley Apple Facebook page (www.facebook.com/bramleyapple).

Entries will then be judged by a panel of food experts including renowned food critic, Prue Leith, and representatives from Sainsbury’s, The Craft Guild of Chefs and English Apples and Pears Ltd. A shortlist of seven regional winning recipes will be selected to go forward to the public vote on the Bramley Facebook page during Bramley Apple Week (5-12 February 2012). The regional winners will receive a limited edition Bramley Diamond Dish with the overall winner achieving the accolade of their dish being developed and going on sale exclusively in Sainsbury’s stores in time for the Jubilee celebrations, as well as winning a £500 cash prize.

Prue Leith, food critic and judge for the competition, said: “I spend my life telling people – children, amateurs, chefs, caterers, anyone who will listen – that good food and cooking are about pleasure. I also spend a lot of time banging on about fresh British ingredients, and judging the best menus by the best chefs in the country. So I am delighted to judge the Bramley Diamond Dishes competition which brings together The Queen’s Diamond Jubilee and that most British of classic ingredients, the Bramley apple. I hope the competition inspires a fresh look at the potential of such an iconic British ingredient. There’s a lot more to the Bramley than apple sauce.”

Rachel Stares, Sainsbury’s Dessert Product Developer, said: “At Sainsbury’s, we celebrate British produce by working in partnership with British growers all year round, and we’re proud to be the number one retailer for British grown apples. Being able to offer our customers a truly British dish that has been created by one of our customers, in honour of Her Majesty’s Jubilee, is our way of celebrating all that is great about Britain.”

This page can be found at: http://secretsauce.co.uk/food-features/food-focus/bramley-campaign-launches-cooking-competition/

A short link can also be used: http://bit.ly/v2JXpn

Need some get up and go in the morning? This smoothie is just what you need. Ready, steady... Go to recipe